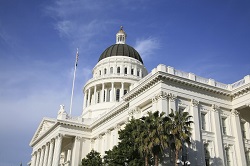 The bill, advocated for by the California Association of Collectors to ensure workable options for consumers and the ARM industry, is expected to be signed into law by the governor. Licenses will be required starting in 2022. The legislature also passed a bill to create a consumer protection bureau with state oversight of debt collectors.

California’s legislature passed the Debt Collection Licensing Act (SB 908) Monday after a 41-13 vote by the assembly and agreement to the amendments by the Senate. Approval by the assembly required 41 votes.

The bill will be submitted to California Gov. Gavin Newsom, who is expected to sign it into law. Sept. 30, 2020 is the deadline for the governor to sign or veto bills.

With the governor’s signature, California will become one of 35 states to require a license for debt collection.

Existing law establishes the DBO, headed by the commissioner of business oversight, who, among other things, generally provides for licensure and regulation of persons who are engaged in various consumer financial businesses.

In August, the Assembly Banking and Finance Committee approved the bill 9-3 and the California Assembly Appropriations Committee ordered a second reading after a 13-5 vote to not pass the bill as amended, ACA previously reported

It passed in the California Senate 29-4.

The California Association of Collectors (CAC) and Receivables Management Association International (RMAI) supported the bill before the August vote by the Assembly Banking and Finance Committee.

Advocates with the CAC worked with the bill’s authors to ensure the licensing system protects consumers and is workable for the accounts receivable management (ARM) industry.

The CAC was heavily involved in the negotiations concerning this bill. Along with RMAI, CAC was able to achieve significant amendments prior to the passage of SB 908, including:

The CAC was involved in the negotiations regarding SB 908 from the start to do what it could to influence its final form and to soften its impact as much as possible, according to Tom Griffin, general counsel for the CAC.

“The CAC elected to take a seat at the table rather than simply oppose a bill that, in this legislature, was going to pass whether or not CAC was involved,” Griffin said.

Requirements in the bill include:

If enacted, starting Jan. 1, 2021, the commissioner of the DBO shall take all actions necessary to prepare to be able to fully enforce the licensing and regulatory provisions of this division, including, but not limited to, adoption of all necessary regulations by Jan. 1, 2022.

Licenses will be required starting Jan. 1, 2022. Debt collectors that apply for a license before Jan. 1, 2022, would be allowed to operate pending the approval or denial of the application.

On Monday, the California legislature also passed the California Consumer Financial Protection Law (AB 1864) 58-16 and sent the bill to Gov. Newsom for approval.

The 2020/21 budget proposal for a consumer protection bureau that would reportedly include state oversight of debt collectors was on hold in June due to the need for coronavirus relief funding and other more pressing matters, ACA International previously reported.

The governor’s budget summary states the California consumer protection bureau, titled the Department of Financial Protection and Innovation, is designed to “provide consumers greater protection from predatory practices while facilitating innovation and ensuring a level playing field for all companies operating responsibly in California.”