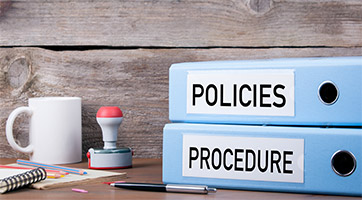 Comments on the proposed updates are due July 12.

The California Commissioner of Financial Protection and Innovation (DFPI) has issued proposed changes to a notice of rulemaking to adopt the license application and procedures for applying for a debt collection license under the Debt Collection Licensing Act.

The proposed changes are in response to stakeholder comments received earlier this month and new comments are due Monday, July 12.

The California Association of Collectors Inc. (CAC), which worked closely with Wieckowski and his staff to amend S.B. 908 and subsequently supported the bill, is now advocating for changes to align proposed collection agency licensing requirements with the new state law.

The CAC responded to the DFPI’s proposals on the definition and registration of a branch office, working with vendors and surety bonds, among others, in comments filed with the agency in June.

The CAC expressed concerns in its comments about how the DFPI will incorporate debt collection agencies with employees working from home into the branch location definition and the proposed rule.

“As a result of the COVID-19 pandemic, employers (including the members of CAC) were compelled to [have a] substantial segment of their workforce work from home,” CAC President Cindy Yalkin states in the comments. “As California has begun to emerge from the restrictions imposed as a result of the pandemic, many employers are considering (for a variety of reasons) having at least a portion of their workforce continue to work from home.”

While a license will not be required until 2022, the state has indicated the application and its checklist should be submitted as soon as possible. The law permits the state to use the electronic Nationwide Multistate Licensing System for the licensing process. There will also be a bonding requirement as part of the licensing process.

License applications will be due by Dec. 31, 2021, and the DFPI expects to begin the licensing process in late summer or fall this year. Debt collectors that apply for a license before the deadline in 2021 will be allowed to operate pending the approval or denial of the application.

Regarding the bond requirement, which guarantees compliance and payment, the CAC expressed in its comments that the surety bond should be based on the sums collected from California consumers, not all consumers nationwide. This is also outlined in S.B. 908, according to the CAC.

The commissioner also proposed striking the following language on surety bonds from the regulations (see page 34):

The DFPI expects the final rules on licensing, if adopted, will take effect on or around Nov. 19, 2021. The commissioner also expects to adopt additional regulations in 2022 in a separate rulemaking that would specify, among other things, the requirements for maintaining books and records, and surety bonds based on a licensee’s volume of debt collection, according to the DFPI proposal.

To submit comments on the proposed regulations: