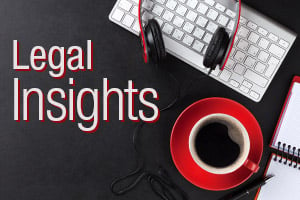 The TransUnion v. Ramirez case from the 9th Circuit could foster more TCPA and FDCPA class-action risk for the accounts receivable management industry.

On Monday, ACA International filed an amicus brief supporting credit reporting agency TransUnion in a case before the U.S. Supreme Court that implicates issues of Article III standing and the appropriateness of class certification under Federal Rule of Civil Procedure 23 in class-action litigation.

The appeal, TransUnion v. Ramirez, presents the U.S. Supreme Court with an opportunity to reconsider a decision handed down by the U.S. Court of Appeals for the 9th Circuit in February 2020 and invites the Supreme Court to reject the 9th Circuit’s conclusion that all absent members of the putative class in the Ramirez litigation had standing and that the class representative’s injury satisfied the “typicality” requirement of Rule 23, i.e., that the harm the lead plaintiff claims to have suffered represents a typical injury allegedly suffered by the putative class.

The core question in the case has been cast this way: Does either Article III or Rule 23 permit a class action seeking damages where most of the class has suffered no actual injury, let alone an injury anything like what the class representative suffered?

ACA has added its voice to the record in this case to support TransUnion’s legal position and to bring to the Supreme Court’s attention ACA members’ concerns regarding expansive and abusive use of class litigation, particularly in cases involving statutory damages like those contained in the Telephone Consumer Protection Act and the Fair Debt Collection Practices Act.

Increasingly relaxed class-certification standards in federal courts threaten not only ACA’s more than 400 members in the 9th Circuit but also those in other jurisdictions that may be tempted to adopt the 9th Circuit’s problematic perspective on these questions. At a time when many courts have begun to return to a narrower, more traditional view of constitutional standing in the wake of Spokeo v. Robins, a reconciliation of our jurisprudence applicable in individual litigation as well as in class litigation—and an associated return to core constitutional and procedural principles—makes sense.

Oral arguments in the case will be held March 30.